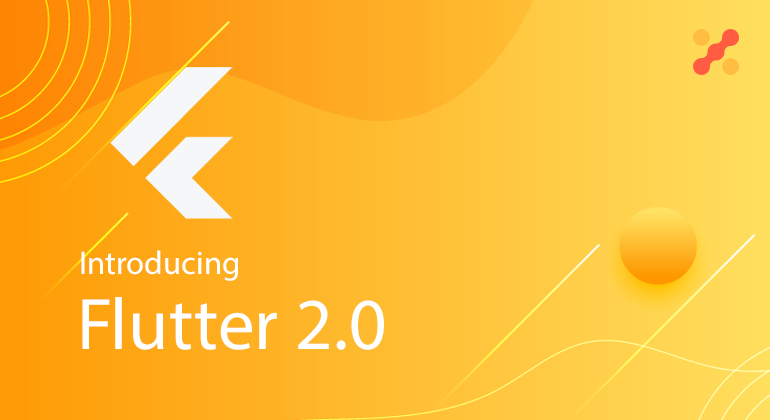 Google has announced the new version of Flutter on March 3rd, 2021. Flutter is an open-source framework that can be run on multiple platforms with a single codebase. The first stable version of Flutter, i.e, Flutter 1.0 was released in the year 2018. It took 2 years for another major version update which is known as Flutter 2.0. If you are new to Flutter, check out our previous blog on Flutter App Development. In this blog, we’ll be discussing the features of Flutter 2.

Fundamentally shift how developers think about building apps, starting not with the platform you’re targeting but rather with the experience you want to create.

Flutter 1.0 was mainly dealing with mobile applications. Flutter 2.0 has expanded its possibilities becoming a portable framework for building web-based applications. Have you ever thought about what is the factor that makes Flutter so popular? Well, Flutter is used to develop native apps that run on particular operating systems to function on other platforms as well. For ex; an app that runs on an iOS platform can perform on other OS platforms such as Android, Windows, etc. Google’s Dart programming language is used for writing these apps which makes them perfectly run across various platforms with a single codebase.

The above-mentioned are some of the major features of Flutter 2.0. But when it comes to that one super feature, it is the desktop version or more precisely the production-quality support for the web. The initial focus of Flutter 2.0 will be in bringing the existing flutter mobile applications to the web, progressive web apps and, single-page apps. Expecting Flutter to perform the best in web application development, features such as text autofill have been implemented.